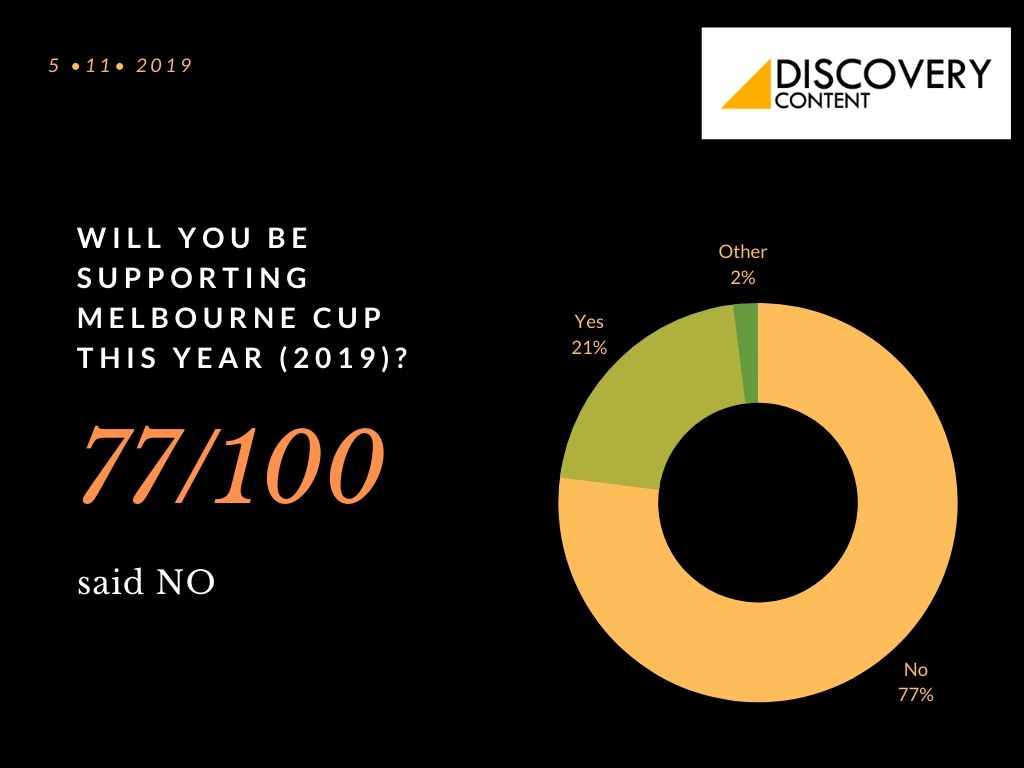 The event at Flemington Racecourse has received infamous media coverage over the last few years with patrons becoming intoxicated and becoming news headlines for events that pursued. We’ll be placing our bets on some interesting characters emerging on the racecourse.

*excluding respondents where gender is unknown