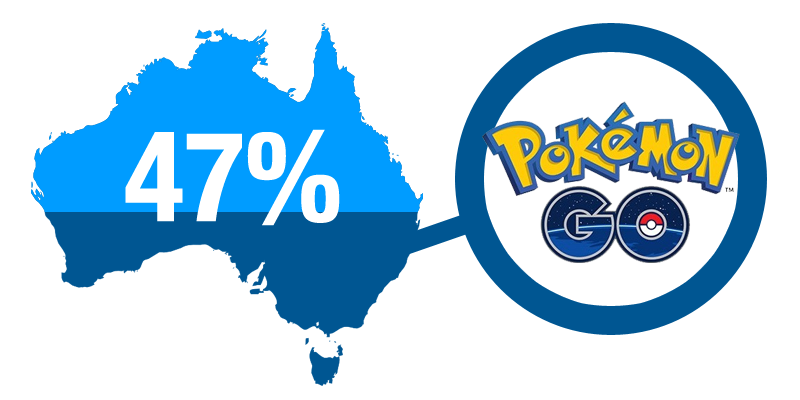 Nearly one in two Australians have played Pokemon Go.

A recent study involving four surveys and a total of 4000 people throughout Australia shows that 47% of online Australians have already played Pokemon Go. Our respondents were both mobile and desktop users from a wide demographic spread.

The addictive game is being played in the bathroom too. We asked 1000 Australians about the weirdest place they’ve caught a Pokemon and nearly 15% of them said it was while on the toilet. 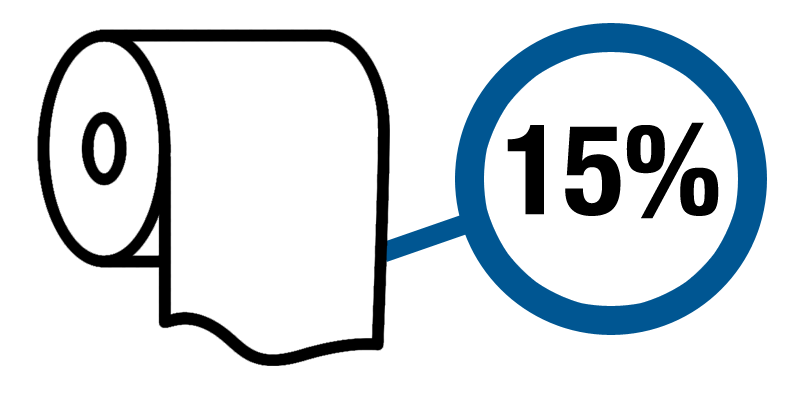 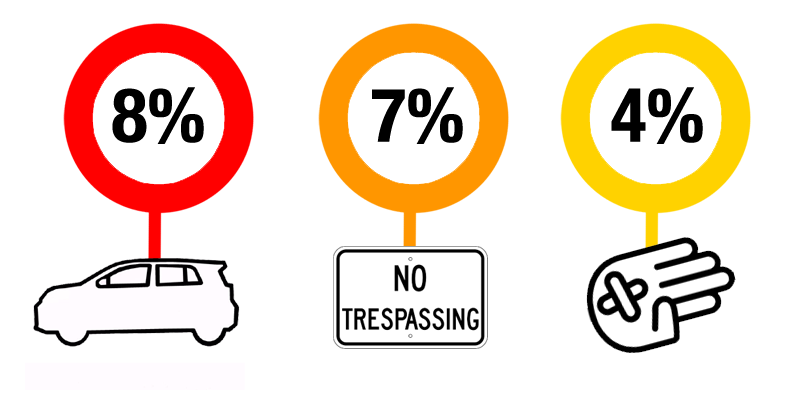 A staggering 8% have driven a vehicle while catching a Pokemon, 7% have trespassed in order to capture one and 4% admit to have hurt themselves in the process.

In Australia, Pokemon Go dwarfs monumental events including the latest episode of Star Wars and the release of iPhone 6. Other, known viral phenomena which was meant to “break the internet” including Kim Kardashian and Flappy Bird, don’t come even close.

Numbers represent search interest relative to the highest point on the chart. If, at most ,10% of searches for the given region and time frame were for “pokemon,” we’d consider this 100. This doesn’t convey absolute search volume. Measuring search interest in topics is a beta feature which quickly provides accurate measurements of overall search interest.

To measure search interest for a specific query, we select the “search term” option: 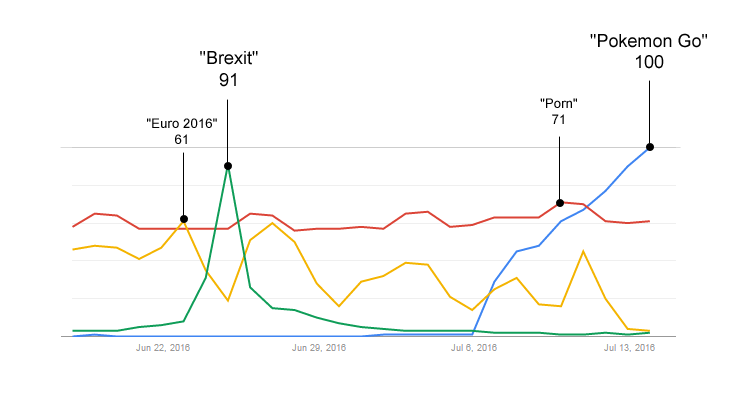 The only theme in Google Australia stronger than Pokemon was the election and related search queries: 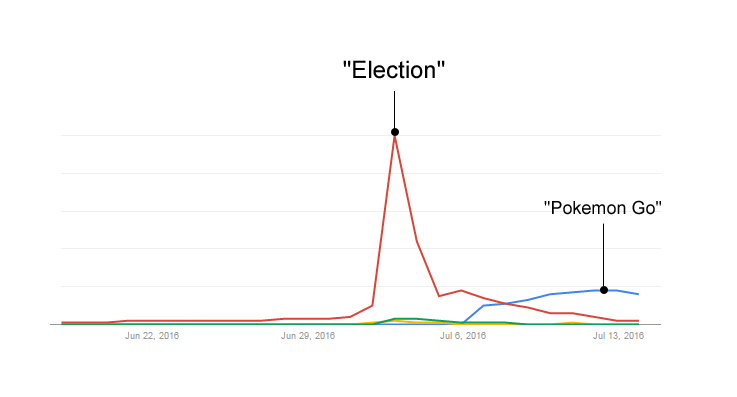 What’s extraordinary about Pokemon Go is not the number of installs, but the number of active users. When Gangnam Style went viral most people would watch it and then move on. There are many desktop games out there with loyal user communities (e.g. World of Warcraft and Final Fantasy) but Pokemon Go has unparalleled growth rate and extremely broad demographic appeal. It has beaten the unbeatable Candy Crush Saga making it the #1 game in the history of mobile gaming.